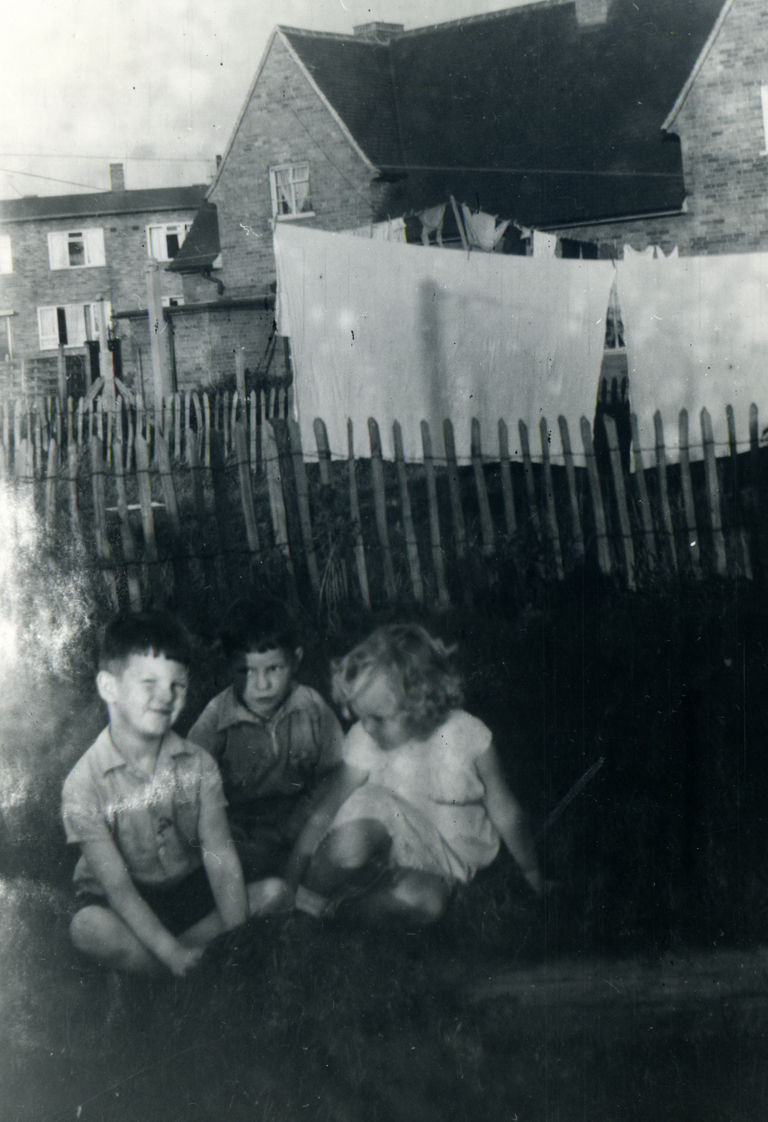 I was born in West Bromwich and grew up on the Rocket Pool Estate in Bilston, in the Black Country. I went to a Grammar school run by the Marist Brothers. Like everyone else on my estate, I fancied being a footballer rather than go to work in the foundries but knee injuries kept me in goal and then off the field entirely. My first job was a short-term contract to organise thousands of blueprints for a Polish engineer, working in a factory which produced components for Rolls Royce aircraft engines; then I went south to work in the kitchens at Dorset County Hospital.

I went to college and studied Visual Communication, where I was first introduced to photography and cultural anthropology. I began taking photographs of musicians with Birmingham’s first punk band, The Prefects, which led to a lot of time spent in Manchester and paid work in the field, then an offer of an exhibition at the Arts Lab at Gosta Green – ‘Scenes from the Life of an Unknown Musician’, which primarily focused on Joe Crow (née Motivator). I was chuffed that the poster was produced by Hunt Emerson and printed on a litho machine.

Meanwhile I got a job as a darkroom assistant in the Civic Centre, Wolverhampton, which involved documentation of sites for the Planning Department, photographing dodgy restaurants for prosecution by Environmental Health, or broken pavements and potholes as evidence in court cases against the council, even following the Mayor around taking publicity shots.

It was the work with musicians though that led to the award of a Fellowship at Southampton University, to work with the Photographic Gallery there (one of only two purely photographic galleries in Britain outside of London), under the tutelage of Leo Stable, where my exhibition ‘Going Through the Motions’ solicited the comment ‘What sad lives young people lead these days’. I lived in Portsmouth and worked on a Visual Literacy programme with schools, and helped establish the John Hansard Gallery (a successor to the Photographic Gallery itself). Through Leo, I got to know the work of Blackfriars Photography Project and London Education Authority's Cockpit Arts, and assist curate the work of work of photographers such as Bill Owens, Benedict J. Fernandez, Joyce Baronio, James Ravilious, Jurgen Schadeberg. It was here I began to develop my interest in community arts projects.

I worked with Jubilee Arts in Sandwell for 20 years, primarily in the West Midlands, but also further afield in Hackney, Yorkshire, California and Poland. I devised (among many other things) ‘The People’s Portrait of Sandwell’, strongly influenced by the traditions that arose out of the Mass Observation project that flourished in Britain from 1937-1950s. I also won a BAFTA as producer of the interactive CD-ROM ‘Lifting the Weight’, a collaboration with Geese Theatre. They’re surprisingly heavy.

For the last 15 years, I have worked with international institutions, in Central and Eastern Europe, the Balkans and the Caucasus. Whether I take the role of photographer, a writer, a curator or a producer, one thing is constant – the desire and motivation to produce work with communities, in an exchange of skills, experience and knowledge, engaging with themes that question and explore everyday life through individual and group experience.