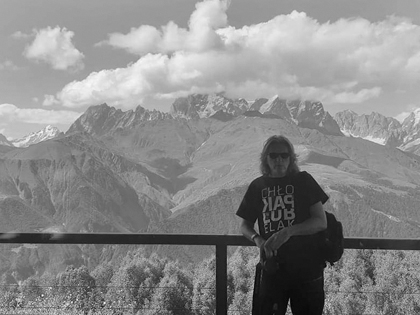 Brendan Jackson originally trained in visual communication, holding a Fellowship in Photography at the Photographic Gallery, Southampton University, and was part of the development of the John Hansard Gallery there.  Since that time his interest has been in collaborative projects where his expertise intersects with photography and film, community arts and hidden histories, writing and mixed-media.  In the 1990s he was a project director of Jubilee Arts, winning a BAFTA as producer of ‘Lifting The Weight’ and a Health of the Nation award for ‘Asthma Attack’, an interactive health information project.  Over the years, he has developed diverse large scale arts programmes with a range of statutory and non-statutory organisations, projects where community engagement is intrinsic. He has undertaken significant projects in the museums and heritage sector, bringing together different voices, experiences and perspectives.  His work is both local and international.

“Some artists become chroniclers of their times - almost by accident. Brendan is one one of the great English observers of his generation - but, shush, he would never, ever want it to be known. Brendan comes from non-artistic stock.* The best artists normally do. There is nothing taken for granted in his work. It is scratched and etched from the necessity to understand people and place. He tells us his work is about community. Actually, it is about him shaping a community.”
- Chris Baldwin, Curator of Performance - Wroclaw, European Capital of Culture 2016; Curator Interdisciplinary Performances, Kaunas 2022 European Capital of Culture

“Brendan Jackson has been my friend since 2004 – first we met when I came to Birmingham to observe the work of Jubilee Arts, a renowned community art group that was being turned into The Public, a huge cultural centre. That project didn't work so well, yet Brendan still preserved his ability to change what he sees through his musing gaze. Thus reshaping also what we see. This talent of his - among many other of his talents – I value the most: he is constantly making the real into pure poetry, written in images and shown in words. This is his attitude both in the everyday (to mention our travelogue vodka project and shared simple pleasures), and in the arts (when, for example, making art out of our Polish hero 07 or from the tales of inhabitants of the Black Country).”
- Prof. Iwona Kurz, Director, Institute of Polish Culture, University of Warsaw

“In my years as an artist-producer and manager of events I have worked with Brendan in a number of guises - as a peer on the original Jubilee Arts team, as a colleague and collaborator in managing and delivering artist professional training and development, as a commissioner and curator. Why? He has a remarkable skill set and is one of the best I know at turning a commission into a work of joy, both pictorially and as an artist capable and skilled at working with people to engage them in an idea, to draw out from them their responses, input and ultimately their engagement in the processes of making new work. His skills embrace some obvious areas such as his photography, his writing and his ability to tell and spin the story of the work so that it becomes a live thing.  It is this combination of skills that allows him to manage such a diverse range of work, but the key to this is having a desire to work with people in shaping and realising projects. A pleasure to work with, and always looking forward to the next encounter.”
- Maurice Maguire, Curator and Senior Lecturer in Arts Management, De Montford University

*Web Editor notes: It is likely that Mr Baldwin is unaware that Mr Jackson’s maternal Grandfather was in fact a skilled artisan, specialising in church renovation, highly proficient in calligraphy and the making of stained glass. He was also, in later years, a teacher of drawing at Sligo Technical College and a keen watercolorist.