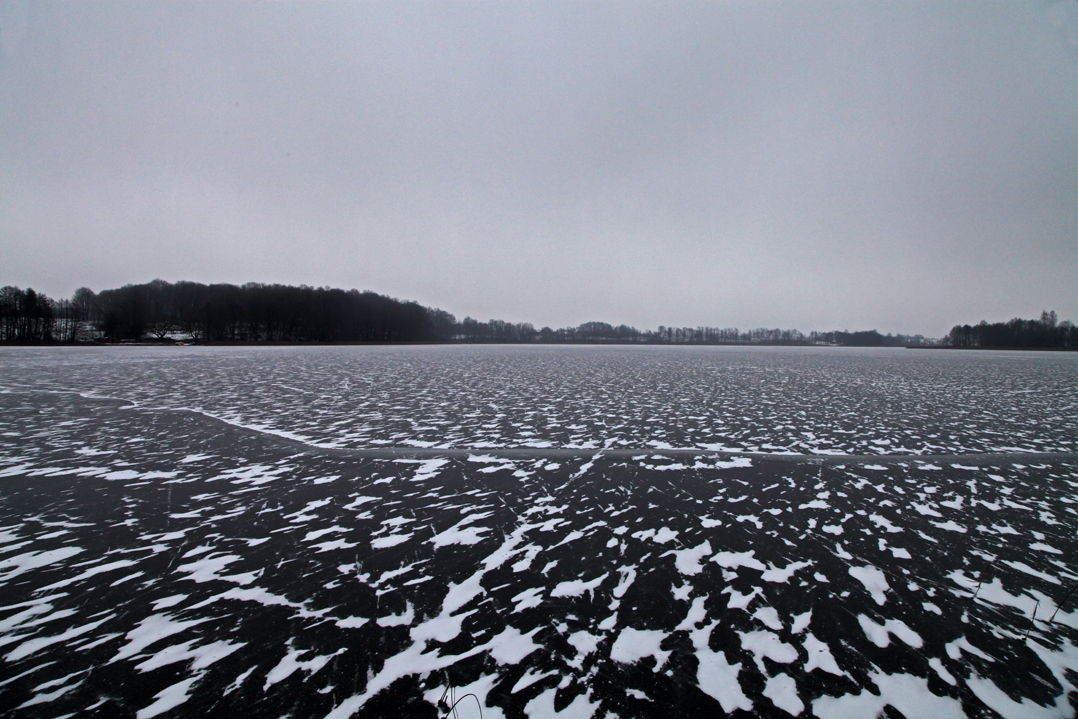 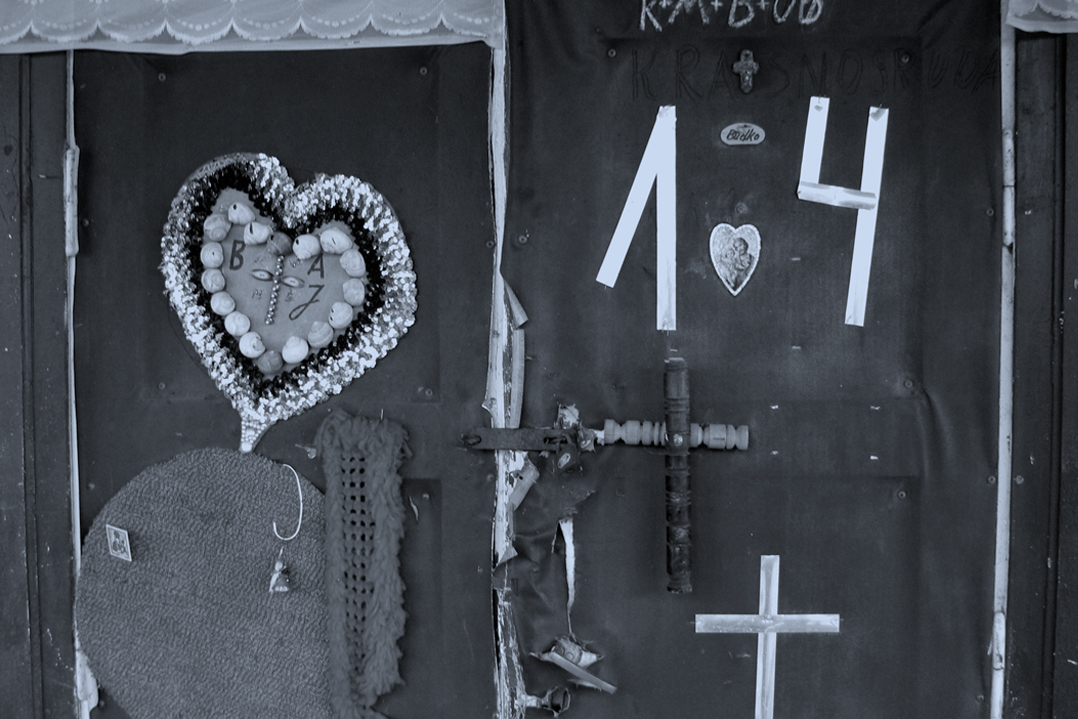 Hołny Lake, a ribbon of water running north to south, beautiful in the summer, bleak now. There’s a wooden jetty here at the foot of the restored Krasnogruda Manor House (as fine a place as any to observe the stars on a warm evening or listen to a concert by Orkiestra Klezmerska Teatru Sejneńskiego). In those past summers past I’ve never plucked up the nerve to dive off; with the water reeds and vegetation it’s not easy to see obstacles. Rather I lower myself into the water, for night swimming, slowly moving out into the depths. The three Belarusian girls are already halfway across the lake, their powerful limbs cleaving remorselessly through the water. They swim at dawn and at midnight, and sometimes more. We have a lot of lakes, they say, we like nothing better than to jump into the lake and go crazy. They call back now again and inquire if I’m OK. I’m not in any kind of trouble, not drowning on their watch. Thanks, I’m good! I’m fine with my slow meandering, a little huffing and puffing going round in circles. I won’t win any races, but I’m buoyant. Sometimes you can feel the fish brushing past. Float on your back and try to identify the constellations in this borderland.

Tonight, in another season, a little restless and alone in the Manor House, I walk out of the grounds, along the lane, through a patch of woods and across the snow-covered fields. The land is luminous, a solid black line of trees marks the edge of the lake to my right. I come to a thin line of tarmaced road that marks the old border. If you turn to the left and go towards the tip of the next lake, Gaładuś, connected to Hołny by a watercourse here, you will find remnants of barbed wire and electrified wires fence posts, a ruin of an old Soviet army barracks rotting in the woods. Here is the former ‘dead zone’ between Poland and Lithuania, called the Suwalki Gap by NATO war planners, a flat and narrow piece of land, a tough-to-defend 40-mile border running through heavily forested territory that separates Belarus from Kaliningrad. Now the only thing here that hasn’t entirely decayed is a small basketball court, next to a crumbling concrete guardhouse. I go to the right, where the road leads in a straight line to the main highway, mostly unlit, and former customs post, where sits a little restaurant and bar. Here I’m just a few steps away from Lithuania, a country which consumes the most alcohol per capita each year in Europe. When there were border checks and delays, this was an ideal spot for an inn, less so these days. Not even a sign of little green men scouting out invasion routes. Only one person in here tonight and he seems to be nodding off in the corner.  No staff to be found, until you go into the kitchen; they recognize me from previous nightly encounters and with a word of greeting pour me a healthy dose of Wiśniówka. Before long, on the table is a bowl of barszcz with pierogi mushroom dumplings, some hot sausages and horseradish sauce. That’s all that’s available tonight. I savour a few more glasses of the sweet vodka and I am fortified for the return trip. I retrace my steps in a kind of meditative trance,

Are you crazy? says Ksenjia, the next day. You could freeze. (She has kindly brought stock for the kitchen from Sejny.) But I was well wrapped up, I say, I walk quickly enough and don’t feel the cold. It’s not so far really, not even an hours walk. A good opportunity for reflection. All is quiet, the way is clear in the pale night light, the path is obvious enough. There are no wolves. Utter silence, except for one barking dog by a farmyard and the  wind that rushes up and blows snow over the surface of the frozen lake.