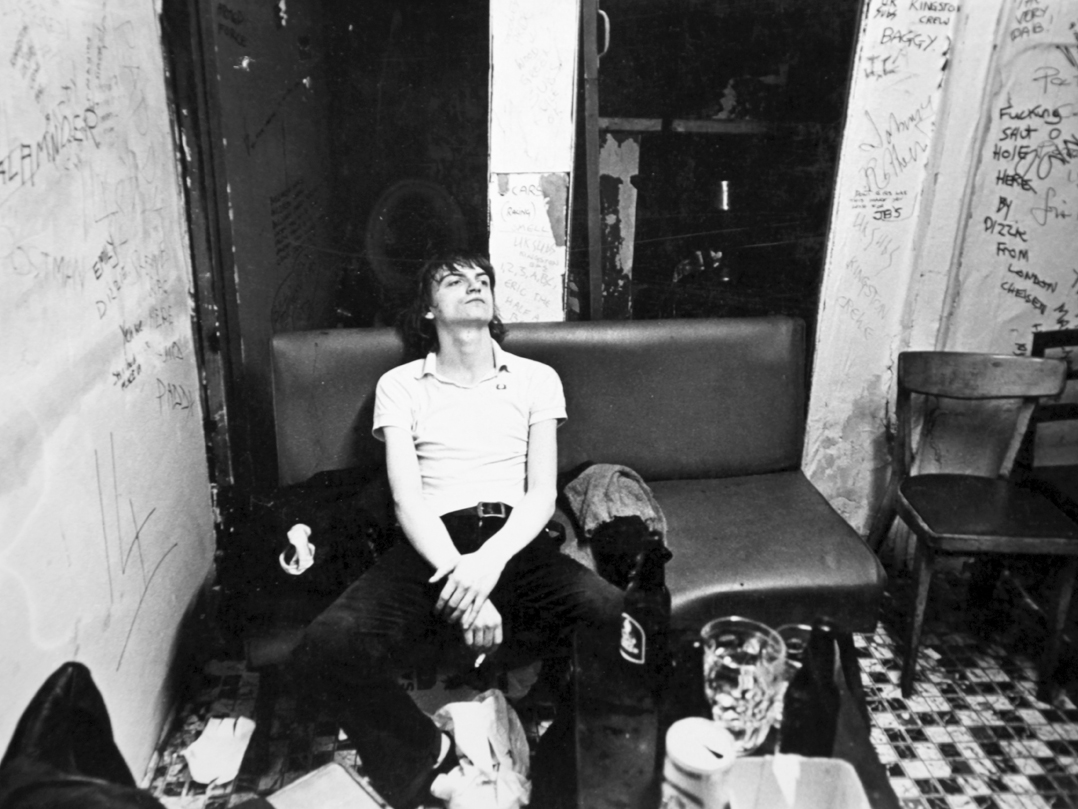 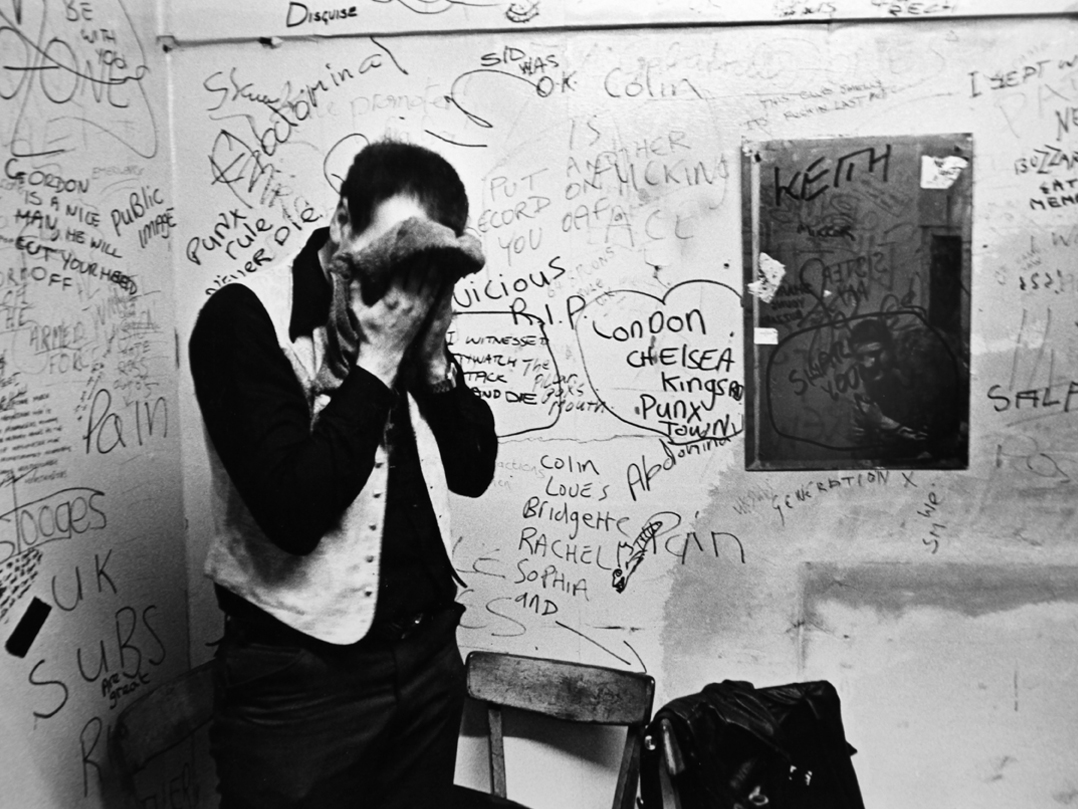 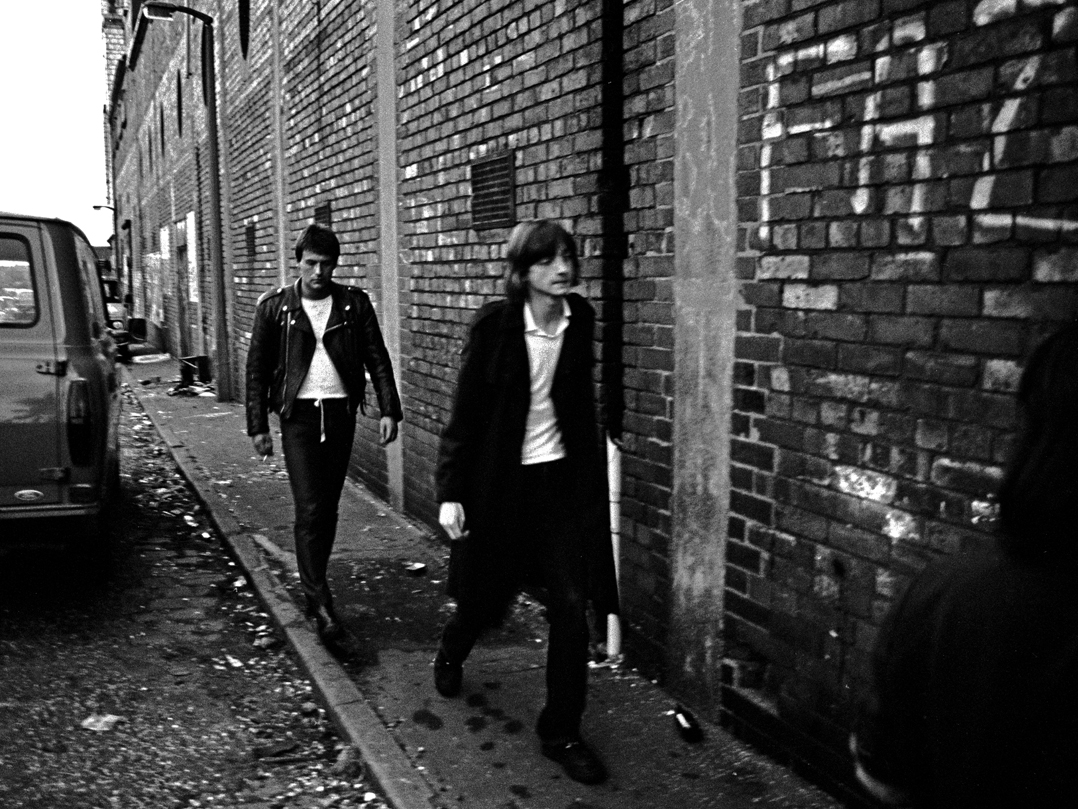 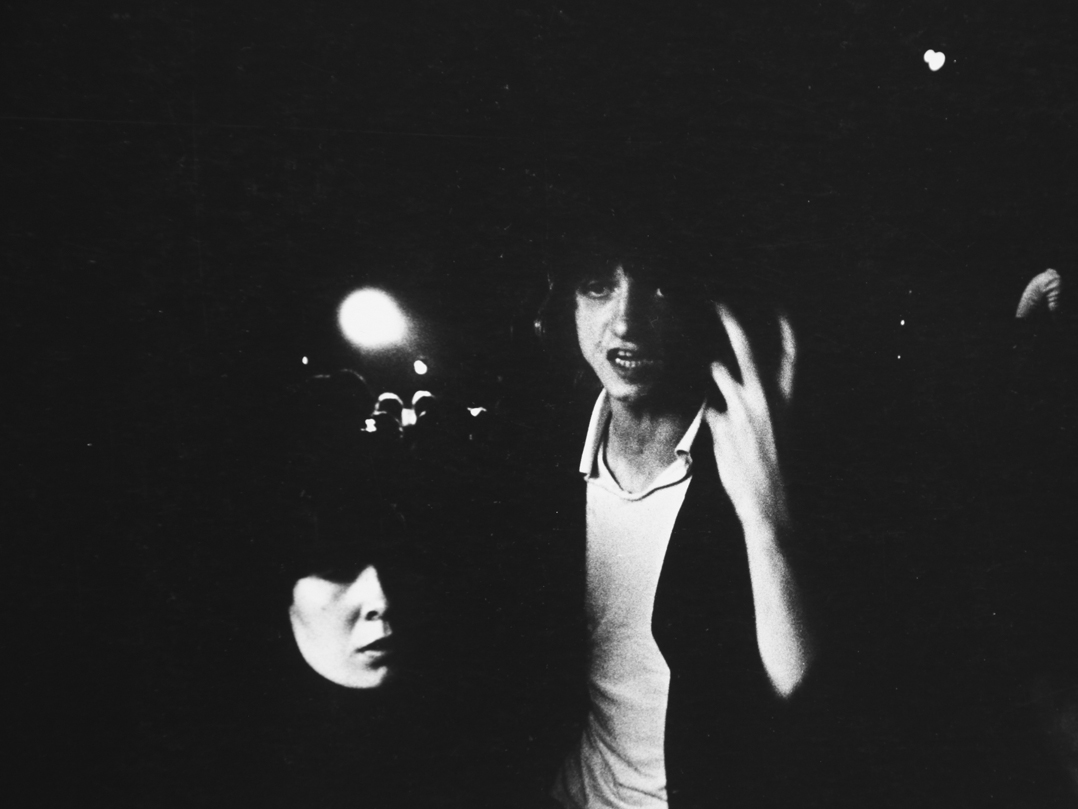 ‘We are private detectives onward back from a musical pilgrimage

We work under the name of the Fall

Who would suspect this? It is too obvious’

The Mayflower club in Birch Street, Gorton, was a former cinema - the once rather grand Corona Picture Theatre, built in 1910 - that became a dancehall in the 1950s. By the end of the 70s it was in a state of near dereliction, hosting punk and new wave nights. The whole area is run down.

On 28th July 1979,  the ‘Stuff the Superstars Festival’ there features The Fall. 2 pm till late. Tickets £1.50. Compered by Gordon the Moron (aka Jilted John), the bands playing (in order of appearance) are Elti Fits, Hamsters, Armed Force, Foreign Press, Frantic Elevators (Mick Hucknall), Joy Division, Ludus, The Liggers, The Fall and The Distractions. As is customary in those parts, Jon the Postman finishes off the evening, shouting out ‘Louie Louie’.

It is the 37th Fall gig of the year. The next day they will be at The Marquee in London, the day after Deeply Dale Free Festival. In recent months their transit van has crisscrossed the country -  to Rochdale, Liverpool, London, Hull, Lancaster, Derby, Cambridge, Coventry, Edinburgh, Aberdeen, Dawlish, Wigton, Nottingham, Newport, Bolton, Plymouth. They play Birmingham twice, once at Barbarellas, once at Digbeth Civic Hall (supported by The Prefects). All those dingy ancient market halls, old cinemas, dodgy discos, technical colleges. They’d played the Factory club in Manchester the previous week. After a look at the setup, we go round to Pete Shelley's house nearby. A little terraced house, back to backs, there’s only bare earth in the kitchen, not even quarry tiles. For me, it’s very Coronation Street, with the added rubble of slum clearance nearby, which the locals call crofts. Mark wants to borrow some equipment, so we have a cup of strong tea and digestive biscuits while Pete rifles through some boxes and finds various microphones and the roadies take a couple of odd speaker cabinets and monitors back to the venue. Mark proposes we go for a walk before we head to the pub. Belle Vue is just a stone’s throw away. We wander around and take a few photos.

The legendary Belle Vue, where the amusement rides are gone at the beginning of the 70s. There’s still a Speedway operational, but the circus, the railway and the Zoo closed two years earlier. The last elephant, Ellie Amy from Ceylon, is still there in her lonely compound, soon to be shot, as no-one wanted to take her. The gardens, an attraction since 1834, will last just a couple of years more. The King’s Hall seems to be just about the last thing left standing in this wasteland. They say it could host up to 7,000 people. Johnny Cash, Shirley Bassey, T. Rex, Led Zeppelin, the Rolling Stones, the Beach Boys, the Jackson Five, Bob Marley, had all played there. It was once home to the British Open Brass Band Championship, wrestling matches and the ‘Mammoth Midget’s Circus’ featuring a host of ‘The Cleverest Little People’. The smaller Elizabethan Ballroom more recently hosted gigs by the Clash, PIL. The Fall had opened for the Buzzcocks here in March. It seemed to me that the work ethic of The Fall was prodigious, touring, playing and recording, while the immense Victorian industrial city collapsed around them.

We go back to the Mayflower, some brief conversations and some of the bands shamble on and off. We go to the pub, for beer and whiskey and more photos. Mark will later select a picture of him in silhouette against the pub window. That will do to send off to the papers, he says. They are working on their second album, ‘Dragnet’, soon to be released. And they have have just recorded their third single, ‘Rowche Rumble’, at Cargo Studios in Rochdale, Mark delivering the vocals with two mics taped together, tapping them on speaker cabinets, moving about the tiny room, spitting out the words fiery and demonic. Of course there had to be a pub nearby called ‘Last Orders’, where we went for liquid lunch.

I go back into the hall to catch Joy Division. One of the freelancers up from London leaves his perch at the bar, takes about three pictures of Ian Curtis in the spotlight, then retreats back to his pints and continues chatting up three local girls, regaling them with tales of the bright lights. That's a nice job, I think. Joy Division are mesmerising and I find I don’t take a single picture of them, I just experience the wash of hard sound. Paul Morley from NME stands in the corner, similarly transfixed. Their manager Rob Gretton is by the side of the stage reading a book. Kay Carroll, then manager of The Fall and Mark’s girlfriend, is having an argument with someone or anyone or everybody; admirably, she can hold her own in vitriol. The Fall are back from the pub, play their set, the songs from ‘Live at the Witch Trials’ and the forthcoming record, strange and menacing and unique. Mark doesn’t take off his raincoat until he retreats to the dressing room. Another night, another show with The Mighty Fall, as John Peel calls them.  It was a great gig, but the last one for keyboardist Yvonne Pawlett.

As Mark records in ‘Psykick Dance Hall’, the vibrations will live on.